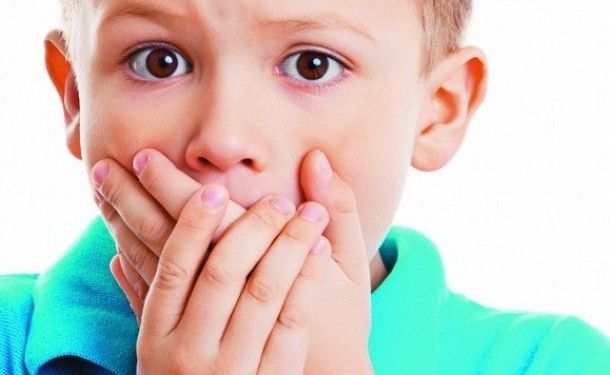 When we talk about raising children, every detail is important. Many people know that you need to pamper your child reasonably and you can’t put a strict limit on everything. Many parents do not think about the fact that when they are very strict in some moments and resist giving into the child, this can cause psychological trauma. Also, at bedtime, parents tell fairy tales and horror stories about monsters who can come to naughty children at night and take them away, they do not think that these horror stories will appear in their child’s dreams, possibly causing psychological trauma to their child. Severe punishments, scandals and quarrels with children can also lead to psychological trauma.

Some will say that many parents do these things and nothing bad happens. However, not all parents are aware of the serious consequences to the child’s health because of their behavior. One of these consequences is stuttering.

Most often, it appears in children between two and six years old, during the period of speech construction. The child can suddenly and unexpectedly start to stutter due to acute psychological trauma. This can happen if the child has an extensive vocabulary that is not appropriate to their age. Stuttering may also occur after a skull injury or an infectious disease.

Stuttering is a violation of the communicative function of speech, accompanied by a violation of pace, rhythm and smoothness, caused by convulsions of the articulatory apparatus. Stuttering can be attributed to one of several neuroses.

Convulsions of the speech muscles are closely connected with a delay in the pronunciation of sounds and syllables. These convulsions could be clonic and (or) tonic. If a child rarely pronounces consonants, then these are tonic convulsions. And if the child makes extra vowel sounds (a, I ) at the beginning of words or phrases, or repeats sounds and syllables at the beginning of the word, then it’s a clonic spasm. There can also be a tonic-clonic stutter.

If a child repeats the first sounds in a word several times and cannot pronounce the next syllables, or it sounds like they sing the first syllable, this may be one of the symptoms of stuttering. For example, “ma-ma-ma-machine” or they can’t say the beginning of a phrase at all.

It is necessary to note that stuttering is not commonly found in children. If we consider the statistics, it is found in 2.5% of children. It has also been observed that children living in cities stutter more often than those living in villages. It is also more common amongst boys. This is due to the fact that the left hemisphere of a girls brain works better than the right. Also, girls begin to speak earlier than boys, so they bypass these speech difficulties. If the child initially begins to speak in short sentences, this can mean difficulties in selecting words, they do not manage to correctly coordinate words.

It also happens when a child speaks quickly, causing difficulty in finding the right words. At this time hesitation can turn into stuttering.

However, do not confuse stumbling with stuttering. When a child stumbles, there are no voice and respiratory spasms of the articulation apparatus. This phenomenon happens with children from two to five years old. During this period they are in a hurry to say a lot, but the child’s thoughts do not have time to develop and they begins to speak hastily. If you ask a child who stutters to repeat a word, they will most likely say that word less well the next time, Whilst the child that stumbles, will say it better.

There are external and internal causes of stuttering.

Internal concerns are:
- If mum or dad stutters, or one of them speaks very quickly or has an overly excitable psyche, then this can lead to the appearance of stuttering in their child.
- If a mother had some pathologies during pregnancy or labour, it can also contribute to stuttering.
- Various diseases of the organs of speech. Neuro-infection, traumatic brain injury.
External concerns are:
- If a preschooler between two and five years old has been ill with a serious illness, or was scared of something, this can cause a weakening of the whole organism and reduce the nervous system’s stability. –If the child is raised in a strict regime, where many things are demanded of them or in a very stressed family environment.
- If parents want to make their child a prodigy by forcing them to learn gigantic poems.
- If the child is retrained from left-handed to right-handed. According to statistics, stuttering appears in approximately 60-70% of children who have been retrained.
-The child is copying someone, for example, another child from a kindergarten or someone from within their group of relatives and friends.
- If the child, during the period of their speech formation, was not provided with a sufficient amount of parental attention, the result may be the omission of syllables and quick speech.

How to help to a child who stutters?
The most important task for parents is to take their child to a specialist. This could be a speech therapist, a neurologist, a psychologist or a psychiatric.
These doctors should give all the recommendations. Then, if necessary, medication will be prescribed. Firstly, it is recommended that you apply to a neurologist to undergo the prescribed treatment, and then visit a speech therapist, start practicing with doctor and finally, consolidate these classes at home to fulfill all recommendations. You need to try to overcome the issue of stuttering before the child starts school. Very important parts of the treatment are physiotherapy and electro sleep, as well as pool and massage.
It is important that all family members begin to pronounce their words more slowly. Often, children will copy this. “Silence” is a good game and a great way to treat this malady. Think up an interesting story to explain the reasons for your actions.
If your child suddenly begins to stutter, you should never tell them off. Do not talk about this in the child’s presence.
Stop watching TV programs and listening to music at a high volume. Replace these with calm audio stories. In addition, it is better not to argue or have heated discussions in the presence of the child. Do not allow them to become overworked or over excited. Do not force them to pronounce complex words. It is important to praise your child often.
Before going to bed, give them a relaxing massage. A neurologist will tell you more about this type of massage.
You need to remember that the sooner you turn to a specialist for help, the better, as the longer your child stutters, the more difficult it is to cure it.
It is possible to prevent stuttering.
Follow your child’s daily routine. Try to create a warm, kind and favorable atmosphere at home so that the child knows that they will always be taken care of, that they are loved and that they do not need to be worried about this. Parents should teach their child to find solutions to any problem, because of the stressful situations that they will meet in their future life. Explain to your child that any situation can be resolved.