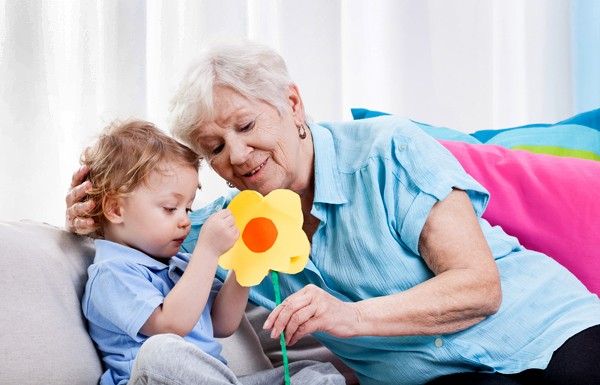 In the modern world, this situation happens very often. At a time when mum and dad are busy with their own things, such as education, work, career, personal life and many other factors, the care of children falls on the grandmother’s shoulders. What do parents think? Is this a good thing or not? Is the raising of children by the older generation harmful or beneficial? What are the pros and cons here? We will try to help you to find out in this article.

If we consider this situation from one point of view, it is very good that the older generation can be in charge of raising children. Your little ones are always in control, they will always be taken care of and they will not be left without supervision. Not all parents can afford babysitting or to wait to go to work until their child is at Kindergarten. At this point the help of grandparents can be useful.

But it is worth remember that there may be some issues between the older generation and parents due to disagreements in the methods of how to raise the children. There could be a big possibility of conflicts, quarrels and tensions between relatives and this can affect children, because the child will not always understand what causes of the ongoing conflicts.

Parent's methods of education are very different from the methods of education of the grandmother. These differences can lead to serious consequences in the future for the child:
- They could become infantile and not able to stand up for themselves and could be afraid to express their own opinion;
- Because of the grandmother's hyper-care, the child may be spoiled;
- A child may develop disrespect for the older generation;

Of course, it is impossible to completely remove the grandmothers help from the grandchildren. You just need to have a proper approach to the educational process.

Pros and cons of raising children by grandmothers.

Pros:
- Without a doubt, one of the advantages of the older generation is life experience;
- The amount of free time the grandmother has allows her to pay a lot attention to her grandchildren;
- Grandmothers love grandchildren just the way they are, and they are always the best in their grandmother’s eyes. They do not want to embody anything in their grandchildren and accept them without any conditions. The older generation give more attention to their grandchildren and this can lead to a quality dialogue;
“Grandmas are ready to sacrifice everything for the sake of their grandchildren: they play, read, carry out different training with children, and this is with no doubt a huge plus in the development of a child.” Studies have shown that the flexibility of the mind and the ability to think outside the box, in children raised by their grandmothers, is much higher than that of those raised by their parents. But! Parents who are always busy also have a plus - their child becomes independent. They don’t succeed at once, but they will do it by themselves. And these children are intellectually more developed and have more abilities.

Cons:
- The older generation are prone to spoiling their grandchildren and indulging them in all whims. This may negatively affect the self-esteem and behavior of the child.
- The grandmother takes the role of the mother, and the process of education turns into arguing about who is more important and constant quarrels. And as a result, the child is constantly trying to understand "who is better." This can injure their psyche, as they love both, mother and grandmother in the same way.
- Some older people have a tendency to be restrictive. They try to stop a child from running and jumping as they are scared that they will be hurt, will sweat and become sick and so on. A child may become anxious and suspicious as a result.
- There are grandmothers who have a habit to serve and for them it is easier to do everything quickly by themselves thus depriving the child of the opportunity to do things for them self. It’s easy for a little one to get used to this and they don’t want to do anything by themselves anymore.

The most important criterion in the education of children is consistency of rules. If one of the family members prohibits something, then other family members should adhere to this. The best thing to do is to divide the areas of education. For example, the grandmother deals with her grandchildren during the day, the mother - in the evening, the father takes them to clubs and classes. Finally, the most important thing is not the amount of time you spent with your children, but the quality of that time.