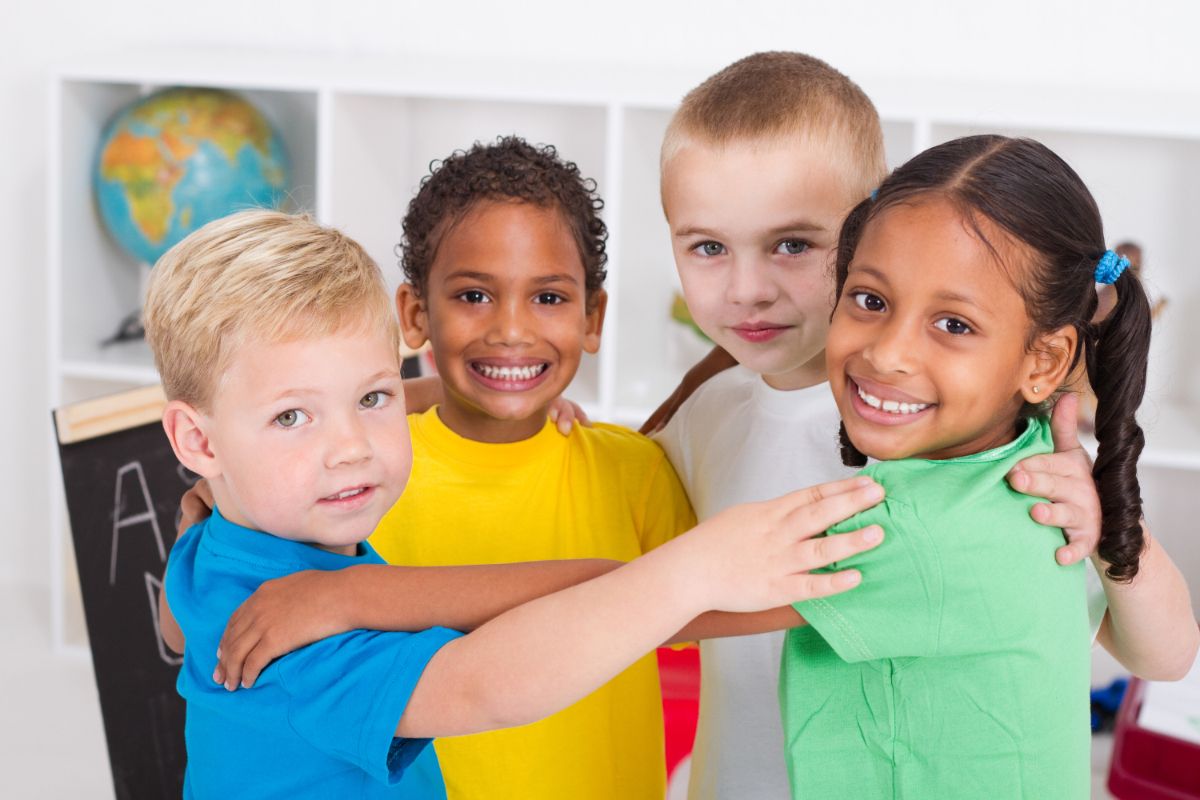 International communication by children is a very important part of education nowadays, so children need to become acquainted not only with their native culture, but also with the culture of different nations of the world.

The Russian Federation is a multilingual state. The Russian language is the basis of the culture of our country, and it is the language of interethnic communication. If children enter into a multi-cultural situation in early childhood, then it will be easier for them to learn another language.

Every nation has its own customs and traditions, as well as cultural values and all these aspects are based on a nations language. For preschool age children, it is quite easy to learn not only their own language, but also other languages. At this age, children have a high ability of acceptance and a positive attitude towards other languages and cultural differences.

Preschool age children have a feature known as language flexibility. It helps them to learn another language easily. Small children are like sponges-they are able to very quickly absorb different information.

If an early age child begins to learn a foreign language, it is will help them to quickly and easily enter into different societies in the future. For adults to achieve the same results, it is not so simple. Children have a natural ability to repeat and imitate, as well as memorize the pronunciation of the new words. In kindergarten children are introduced to a foreign language by playing games. This is the most important difference, because at school language is studied differently.

Preschool age students are learning poems and songs, looking at different pictures, playing with toys and watching interesting and funny cartoons, all in a foreign language. Through these games, children are taught to distinguish foreign words from words of their native language. Thereby they learn to understand oral language. If a child is studying a foreign language in kindergarten, this will give them an interest and a good base for learning the language in the future.

Learning a second language happens more naturally for children of preschool age. Interethnic communication by them consists of sharing and telling others about their native country and culture, providing the main communicative role of the languages.

The most important aspect of communication is that children of different nationalities work and play together. Sometimes interaction takes the form of desktop - printed games and plot-role-playing games where children show their emotions, feelings, thoughts and sympathies through the game.

In addition, young students are learning etiquette, through celebrations and entertainment, through fairy tales, stories and songs. Fairy tales are one of the best ways for children to find out about, understand and assimilate the customs, traditions, culture and life of another people.

Introducing the ethno - national culture through the study of the folk wisdom, traditions, values ​​and customs, the works of poets, writers, composers and artists of country a helps to achieve the goal of raising the culture of interethnic communication among children.

Preschoolers need to learn that it is very important to judge people by their actions and not by their appearance or nationality.

From early preschool age, children start to build an idea of what friendship is about and begin making some friends. Children of 4 - 5 years of age will find a friend among their peers and spend most of the time with them.

When children have an inter-ethnic environment at their kindergarten there is a multi-purpose approach to the play, educational, and communicative activities.

There are several goals of inter - ethnic communication of children:

Through games, preschoolers develop respect for different nationalities and their culture and traditions. Spiritual and moral qualities are formed, such as love for nature and the country, as well as knowledge of the traditions and culture of not only another country, but also their own.

Preschool children do not have the fear of communicating in a foreign language, they do not have the “language barrier” which prevents adults from learning a second language.

It is very important to create in the younger generation the ability to find a common language with other people, to accept them as they are and respect their customs, traditions, and views.